Lily came into our lives this afternoon. I am calling her Lily for the woman that found her lying on the road. They moved her to the side, onto the grass, hoping for the best for her.

Lily is a hummingbird. We believe that she is mature enough to have left the nest but is still unable to fly. We don’t know where her nest is, whether she was struck by a car or how she came to be lying on the road. But there she was. With the help of the ladies that found her, we first tried to put her on a rail fence, where if she was a young immature hummingbird, her mother could find her. She was so weak that she fell to the ground. It was obvious she would soon die and could not survive on her own. What choice but to bring her home?

We got a box, lined it with paper towel and a soft cloth. Put some water and sugar mixture in a dish then in a syringe to feed her. She just lay there. I covered her up, hoping to keep her warm leaving only her head out.

Lily getting fed and keeping warm

Carefully I dropped the water mixture onto her beak one drop at a time,. The drop would hang from her beak, she would not move. Then I saw it become smaller, smaller, her throat was swallowing! Another drop, again it disappeared and another! She was drinking! Her eyes opened, she blinked and became alert.

Water drop on her beak

At around 4:00, she decided that she didn’t need a cover and refused to stay under. She climbed up the side of the box as far as she could. Height is everything. Still if she fell she would lay on her back and not be able to get up. She would exercise her wings and have a drink when offered most times.

Sitting on the side of the box

Lily spent her evening on the coffee table, watching football from the vantage point of a twig roost in the box. Having a sip once in awhile.

What tomorrow brings, we are not sure. The hope is to reunite her with her mother, but where is the nest? Should we keep her until she can fly?
It has been suggested that if we put her outside where other hummingbirds can see her and she them, that they will give her the incentive to fly.
I plan on calling wildlife rescue, our vet and hope to get her safely on her way soon. 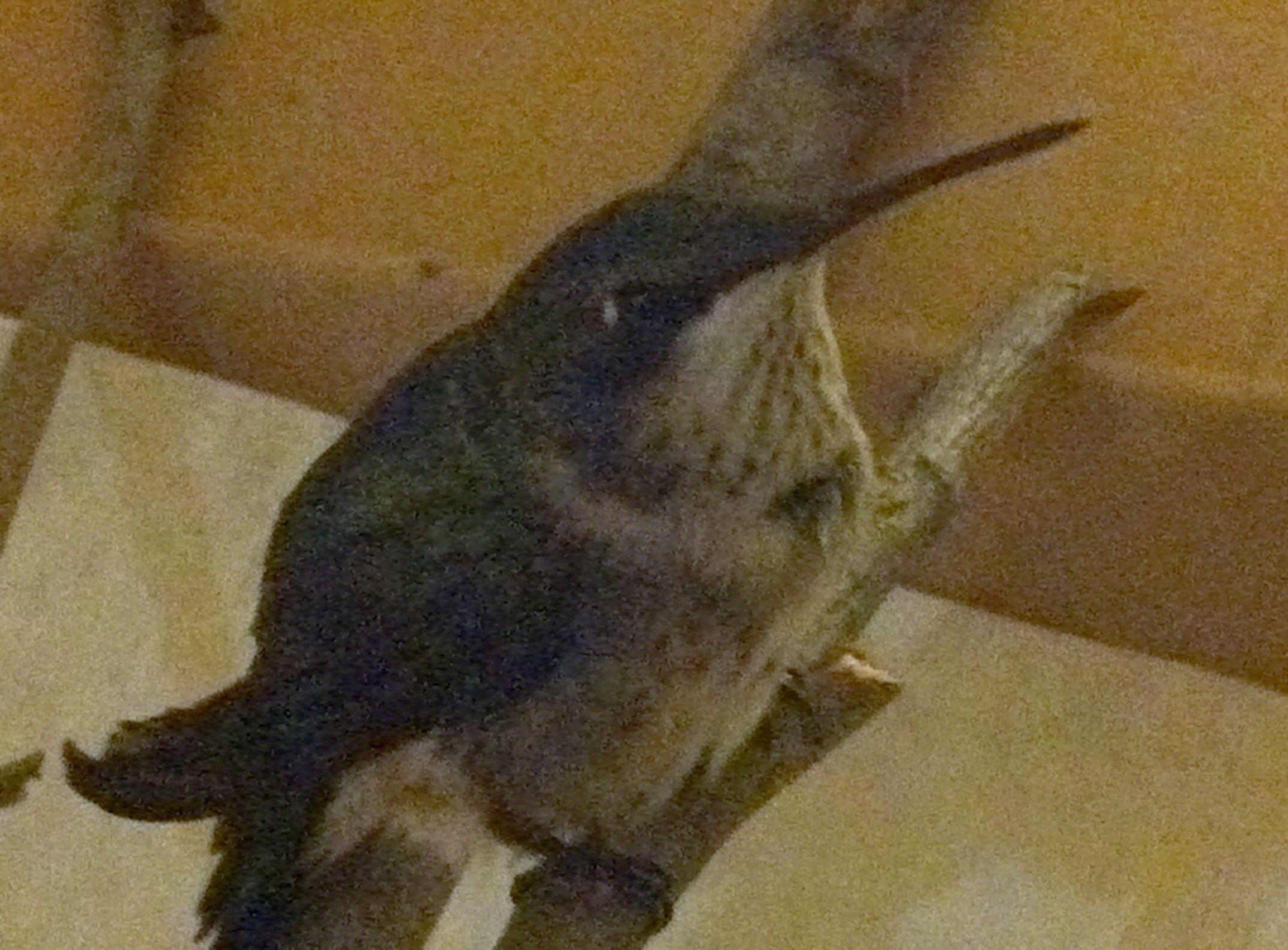 Any constructive suggestions would greatly be appreciated.